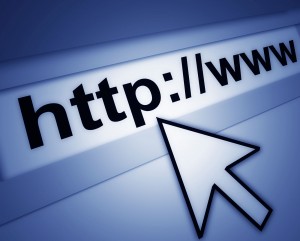 The great thing about content marketing is that businesses — big and small — can get started and become part of the conversation. They can make true connections with consumers and, more importantly, drive sales and leads for their products and services.

Anyone can get started without spending a penny, and great content produces long-term results. I’ve seen marketers bring in tons of business from articles written years ago. The only things you need are commitment and drive to build a content marketing strategy.

Still, it takes a long time to create content. There is no sense in creating great content to use only once and never see it again. Recycling content makes it easier to supply all the different channels you have to fill on a daily basis. I’m using the term recycle and not reuse. With recycling, you’ll be taking existing content and adding to it to create something slightly new. For SEO reasons, you don’t always want to reuse the same content everywhere — that’s duplicate content and you can get a penalty for it.

The most successful companies now understand that high-quality content draws people in, builds trust, drives traffic, mobilizes social media sharing, and results in sales. With more and more businesses jumping on the content bandwagon, there will be even more competition for audience attention. That means it’s more important than ever to make sure your content is useful, interesting, and engaging enough to draw readers in.

You must understand your audience. Go out of your way to learn their needs, desires, and frustrations. Once you know your target customer intimately, you will be able to craft content that stands out, gets attention, and has a long shelf life.

What it means for your business: Don’t just decide to ramp up your content marketing. To stay ahead of your competition, develop specific content marketing goals. By keeping a strategic focus, you’ll stay well ahead of those who are blindly jumping on the bandwagon.

One of the first things to look at is the size of your HTML code. This is probably one of the most overlooked areas, perhaps because people assume it’s no longer so relevant with modern broadband connections. Some content management systems are fairly liberal with the amount they churn out – one reason why it can be better to handcraft your own sites.

As a guideline you should easily be able to fit most pages in <50KB of HTML code, and if you’re under 20KB then you’re doing very well. There are obviously exceptions, but this is a fairly good rule of thumb.

It’s also important to bear in mind that people are browsing full websites more frequently on mobile devices now. Speed differences between sites viewed from a mobile are often more noticeable, owing to them having slower transfer rates than wired connections. Two competing websites with a 100KB size difference per page can mean more than one second load time difference on some slow mobile networks – well into the ‘interrupted thought flow’ region specified by Jakob Nielsen. The trimmer, faster website is going to be a lot less frustrating to browse, giving a distinct competitive edge over fatter websites and going a long way towards encouraging repeat visits.

LinkedIn doesn’t want you to think of it as a mere list of who has what gig, and where they’re going next. It wants to be the site you come back to again and again to find out what the people in your industry are up to, thinking, and writing on a daily basis.

The professional social network on Tuesday launched a “follow” feature that will allow the site’s users to follow one another’s posts without having to officially connect (something the site recommends you do only with people you know). More interestingly, LinkedIn is also rolling out a long-form publishing tool — basically a blogging tool — so people can post lengthier, media-rich updates to their profile pages. Both tools will be available on the desktop site and LinkedIn’s mobile apps.

“We think that content is one way that we can make users more productive and successful on LinkedIn. When you come on LinkedIn, we show you stuff that you need to pay attention to, to be better at your job,” LinkedIn Head of Content Products Ryan Roslansky told Wired. “We see this as a natural evolution. You can follow a company, an industry, a publisher, etc. — being able to follow other members and what they say on LinkedIn is just the next step.”

In essence, these new features mean LinkedIn users can now generate and consume original content on the site.

Word of mouth is the king maker in today’s content playground. Here are two tips for getting audiences to share your articles and videos with their peers.

Getting your brand or agency noticed in today’s cluttered digital spectrum is one of the biggest challenges marketers face. What if you could get your audience to market for you, and like it? Word of mouth marketing has exploded thanks to social media platforms, and consumers are sharing their favorite brands and services with each other at an exponential rate. BuzzFeed CRO Andy Wiedlin tells iMedia’s Bethany Simpson ways you can get more social reach from your content.

These new platforms are social at their core. So it’s instantly about more than putting a few images on a page; it’s opening a window into your brand. What companies share must strike a balance between bringing to life a genuine brand story and providing content that inspires and compels action. Furthermore, marketing strategies for how brands engage with consumers should reflect how and why consumers are using those channels.

Following are tips for navigating the waters of these new visual platforms using a combination of direct marketing best practices and our learned understanding of digital and social behavior.

If you’ve ever been a part of a website implementation, you know the biggest sticker shock is always the photography — how much it costs to produce high quality photo inventory. Yet the rise of new visual platforms has made this component more important than ever. Brands must consider the quality of photography and what images should represent their products and services.

If you are an agency or a brand trying to decide whether or not social media marketing is worth the investment, consider these numbers from recent studies of social media users:

MORE:  Why Social Marketing Will Deliver Positive ROI for Your Brand – Adrants.

In a recent interview, Facebook Head of Audience Insights “Robert DOnofrio” had explained  about 85% of those monthly active users are creating some form of content. It needs to be said that Facebook defines content creation broadly and includes everything from uploading a photo or video to writing a status update to less time-intensive actions such as becoming a fan of something or liking a friends post. Messaging and check-ins arent included.