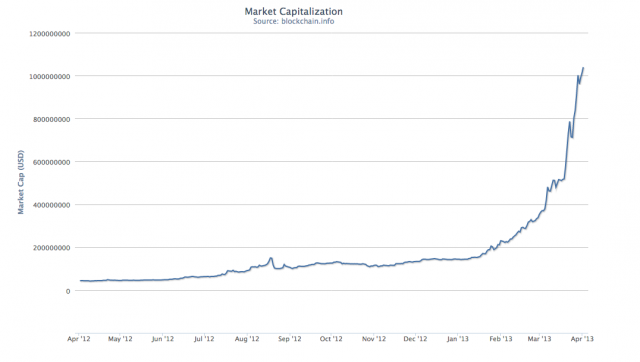 At the end of February, bitcoins hit an all-time trading high of just over $33. That suddenly looks like chump change, with the value of bitcoins today moving past $100.

You can see nearly real-time changes in the value of bitcoins at Coinlab and track the currency’s steady rise over the past month at Blockchain. We’ve seen the value go up and down today, fluctuating between $99 and $105. The new high is remarkable given that bitcoins were only worth about $13.50 at the beginning of this year.

READ MORE:  Bitcoin value triples in a month to all-time high of more than $100 | Ars Technica. 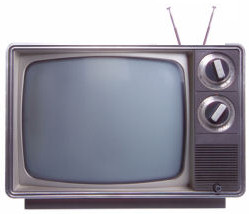 A federal appeals court has handed a big setback to broadcasters trying to stop Aereo, a startup that streams New York-area television content over the Internet. Broadcasters such as Fox and Univision argued that transmitting TV content without permission was copyright infringement. But Aereo countered that its service was analogous to a television and DVR that happened to have a really long cable between the antenna and the screen. On Monday, the United States Court of Appeals for the Second Circuit agreed.

Aereos technology was designed from the ground up to take advantage of a landmark 2008 ruling holding that a “remote” DVR product offered by Cablevision was consistent with copyright law. Key to that ruling was Cablevisions decision to create a separate copy of recorded TV programs for each user. While creating thousands of redundant copies makes little sense from a technical perspective, it turned out to be crucial from a legal point of view. Because each copy was viewed by only one household, the court ruled that Cablevision was not engaged in a “public performance” of copyrighted works.

Aereos founders realized that the Cablevision ruling offered a blueprint for building a TV rebroadcasting service that wouldn’t require the permission of broadcasters. In Aereos server rooms are row after row of tiny antennas mounted on circuit boards. When a user wants to view or record a television program, Aereo assigns him an antenna exclusively for his own use. And like Cablevision, when 1000 users record the same program, Aereo creates 1,000 redundant copies.