These days, most websites include buttons for sharing content via social media services. Bucking the trend, designer Oliver Reichenstein has, in a piece called Sweep the Sleaze, said such buttons should be eradicated. He states that buttons do more to promote social network brands than your site, can make you look desperate and that there’s really no need to remind social network users about the likes of Facebook and Twitter. “We find content through Facebook, Twitter, Google+, Pinterest and so on, not the other way around,” he said, and cited a recent Smashing Mag tweet, where the publication noted its Facebook traffic went up after removing social media buttons.

Designer Hilton Lipschitz told us he had much the same experience. Buttons were slowing his site by over a second, which made him concerned some potential visitors would leave, and many were rarely used: “One article got 22,000 page views, but there were no Google+ or Facebook Likes and no Tweet shares.” He said people are probably used to seeing these buttons but blank them out like adverts, and added that his traffic – which mostly arrives from Twitter, Reddit and Hacker News, has not been negatively affected.

Wanting to find out more about this subject, we spoke to Reichenstein (OR) about the thinking behind his article, possible dangers of social networking buttons and also the ramifications of removing them.

Amazon has received intense and well-deserved criticism for working conditions in its warehouses, where temperatures can reportedly rise above 100 degrees Fahrenheit. The people working inside them are underpaid, overworked, subject to firing without cause and deprived of employee benefits. Amazon gets away with this because it uses a variety of legal tricks, like demanding that its employees call themselves “independent contractors.”

Amazon has also taken heat for its membership in ALEC—the American Legislative Executive Council—a corporate-funded group that backs right-wing politicians. ALEC also drafts and promotes laws like those that effectively disenfranchised large numbers of minority voters, the “Stand Your Ground” legislation that has resulted in the death of Trayvon Martin and a number of other people, and the anti-union laws brought to national attention by Wisconsin Governor Scott Walker.

If nothing else, Bezos offered symbolic gestures of conciliation today. He announced that Amazon would spend $52 million to install air conditioning in its warehouses and that it was leaving ALEC “because of positions they’ve taken not related to our business.”

In an even more telling sign of the impact of the protests, the normally loquacious Bezos left without taking questions from reporters.

Bezos did not announce that employees in Amazon’s warehouses would receive the benefits they’re due under state and national law, or that Amazon would stop forcing them to declare themselves independent contractors.

And Amazon was behind the curve in withdrawing from ALEC, lagging well behind companies such as KFC, Taco Bell, Coca-Cola, Proctor & Gamble, Blue Cross/Blue Shield, Intuit, McDonald’s, PepsiCo and Kraft Foods. Most of these companies left ALEC more than a month ago, when revelations about its role in “Stand Your Ground” gave renewed momentum to demands that corporations leave it.

Bragging about your big pile of cash on Facebook isn’t a great idea.

A 17-year-old Australian girl learned this lesson the hard way last Thursday when she posted a picture of some money on Facebook. The girl was helping her grandmother count the loot and couldn’t help sharing that information with her online friends.

Fresh off Facebooks acquisition of Instagram for a whopping $1.17 billion and following a lackluster initial public offering punctuated by more fizzle than sizzle, Mark Zuckerberg and company are reportedly interested in scooping up Opera Software, the Norwegian outfit behind the semi-popular Opera browser, and the only browser maker that puts out entertaining press releases.

Word of a possible acquisition comes from Pocket-Lint.com, which is getting its information from one of its “trusted sources.” This “man in the know” tells Pocket-Lint that Facebook wants its own browser, one that would allow its users to interact with the site through baked-in plug-ins and special features on the menu bar.

Facebook is testing a series of cosmetic changes to the top of users’ Timelines, the company has confirmed.

Screenshots of the new design were posted on Talking Points Memo Tuesday morning. The images (below) show a condensed version of Timeline, in which a user’s details (name, occupation, education, location) appear in reverse type on top of — rather than below — the cover photo.

The carousel of thumbnail images highlighting friends, photos, places, likes, etc. has also been compressed. Images are now replaced by thumbnails. Next to these, a new “Summary” section appears, presumably to highlight key events on a user’s Timeline.

Google has never been able to ” succeed ” in any of its social media initiative and this infographic makes it  clear why .

Nissan, was among the biggest  brands on Google plus  for having one of the best new Google+ brand pages, even down to the animated GIF in its header image that gives the illusion of a car speeding by. Nearly 424,000 users have added the page to their “circles” Google+ lingo for following a person or brand and yet Nissans agency decided early on not to invest in developing content specifically for the page, which mostly contains repurposed content from Facebook.

“The bottom line was that it was pretty bleak in its traffic,” said Brandon Kleinman, director of social media and strategy at TBWA/Chiat/Day.The broad consensus is that Google+ is an empty city where the masses go to set up a profile but then seldom return. 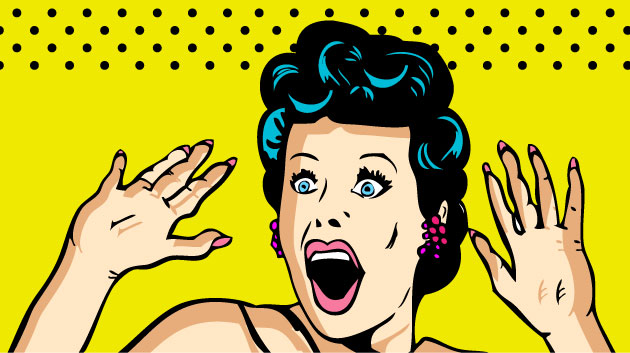 It can be rather tempting for brands and causes to shake things up by making shocking marketing messages that cause visceral reactions. Some brands have gotten great business mileage out of this approach. Others have found themselves in deep doo-doo as consumer blowback undermined their messages and integrity.

In the following pages, you will find nine examples of shocking brand messages. Five seem to work in that they garner strong reactions, but largely of a positive nature. Four had some really bad brand consequences. Well sum up with some conclusions on what works and what doesnt.

Are you constantly hitting refresh on your favorite site or spend countless hours surfing the web? If you answered yes, you may be depressed.

Researchers led by Sriram Chellappan from the Missouri University of Science and Technology, collected internet usage data from 216 college students enrolled at the university. The usage data was collected anonymously without interfering with the student’s normal internet usage for a month.

The students were tested to see if they had symptoms of depression and analyzed internet usage based on the results. Depressed students tended to use the internet in much different ways than their non-depressed classmates.

According to a recent poll by the Associated Press and CNBC, 46 percent of respondents think Facebook will “fade away as new things come along.” That’s an ominous data point for a company whose IPO dominated the news cycle last week, and claims some 900 million worldwide users.

And all this IPO madness is just foul icing on the cake.

So where do you turn when the world’s been stricken with Facebook fever? We rounded up seven apps that could satisfy your social networking needs should Facebook go down the tubes — or you just can’t take it anymore.

Jon Steinberg, BuzzFeeds president, notes that visitors to BuzzFeed simultaneously engage with an endless mashup of high- and low-brow content, from news to wacky animal photo montages. All categories of content are welcome, Steinberg says, so long as they meet BuzzFeeds simple threshold — is it shareable?

According to Steinberg, brands that work with BuzzFeed need to consider three things when figuring out how to create content worth sharing.

While the last question might seem obvious to anyone who works in advertising, the first two questions are a big part of what makes BuzzFeed such a unique play for marketers. Brands cant buy banners ads, although they can purchase placement for their post in a given vertical. But theres a catch — the content has to be good. If it is good, people will share it. If its a dud, BuzzFeed has an algorithm in place to swap it out for something better.

With just under 3 million unique visitors a month — and climbing, according to Compete — BuzzFeed is clearly a careful steward of its content ecosystem. It also tends to be way ahead of the viral curve. As any BuzzFeed user can tell you, what you see on BuzzFeed today will likely be on Facebook tomorrow. Naturally, thats a huge draw for brands looking to make a social media splash. But engaging with social media takes more than just showing up. So to help marketers reimagine themselves as social publishers, were showcasing five brands that have figured out how to buzz on BuzzFeed.