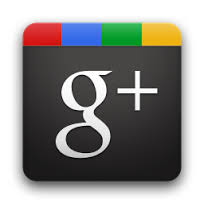 Launched by Google in 2011, Google+ is the latest social networking tool on the block. Businesses of all types, but especially those in the consumer goods market, are giving the platform a try. In this presentation, attendees will discover the pros and cons of using Google+ from a business point of view, while also learning about how other brands are using the platform.

How Brands are Using Google+ from Erica Swallow

via How Brands are Using Google+.

Check out this impressive Google Engage starter pack we received for the holidays. It’s got a nice business card holder, a stack of postage-paid postcards, and a stack of cards for $100 worth of adwords advertising.

So, we’ve got some good deals for you on internet ads for the holidays – give us a call. 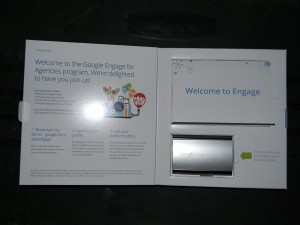 It can be tough to keep up with all the new apps released each week. But you’re in luck: We take care of a lot of that for you, creating a roundup each weekend of some of our own new and updated app highlights from the week.

This week we found a few water-based games that require you to come up with a little strategy in order to win, and we found an old favorite game that has finally made its way over to Android.

As Google works to improve its mobile product, the company says its redesigned ads in Google Maps will increase click-through rates by 100%. The changes will being rolling out for all users Friday.

The new search results feature larger and more clickable buttons to place calls or find directions. Websites will load within maps, rather than launching a separate browser page.

Google is also launching a blue hyperlocal marker, showing your distance from nearby businesses.

The latest entry in agency self-promotion comes from Fort Worth, Texas-based GCG Marketing which just released a beatnick poet/rap-style video that’s filled with all the usual superlatives and buzzword bingo you’d expect from an agency pimping itself. It’s not necessarily the fact that anything said in this video is untrue. The problem is that it, and other work like it, simply brings to light the mostly inconsequential, insignificant and irrelevant nature of an ad agency and what it stands for. In the greater scheme of things, advertising is pure puffery when compared to the important things in life that really matter.

And when an agency calls attention to the inconsequential, the insignificant and the irrelevant, it simply devalues the subject matter even further. It’s akin to watching two siblings fight over an heirloom your grandmother left you until it is torn apart into pieces that slowly fall to the ground as you all, bickering children included, realize the memory it represented is now forever tarnished. It’s truly that painful.

So please, agencies, do what you do best: create sustainable, inspiring ideas for others. The result of that creativity are what should act as your ongoing self-promotional effort. Not a platitude-filled music video.

SOURCE Agencies Continue to Embarrass With Self Promomotional Videos – Adrants.

Out of Facebook’s  845M monthly users and 2.7 billion daily likes. Of those 845 million, 161 million came from the U.S., while 46 million from India and 37 million from Brazil — two areas that are key source of growth, according to Facebook. The company further broke out its user penetration by country:

SOURCE: Online Marketing Trends: Facebook’s US users down to 20% ,as global numbers set to reach billion.

Bosco Verticale (Vertical Forest) is a project for metropolitan reforestation that contributes to the regeneration of the environment and urban biodiversity without the implication of expanding the city upon the territory. Bosco Verticale is a model of vertical densification of nature within the city. It is a model that operates correlated to the policies for reforestation and naturalization of the large urban and metropolitan borders (Metrosbosco). Metrobosco and Bosco Verticale are devices for the environmental survival of contemporary European cities. Together they create two modes of building links between nature and city within the territory and within the cities of contemporary Europe.

The first example of a Bosco Verticale composed of two residential towers of 110 and 76 meters height, will be realized in the centre of Milan, on the edge of the Isola neighbourhood, and will host 900 trees (each measuring 3, 6 or 9 m tall) apart from a wide range of shrubs and floral plants.

On flat land, each Bosco Verticale equals, in amount of trees, an area equal to 10.000 sqm of forest. In terms of urban densification the equivalent of an area of single family dwellings of nearly 50.000 sqm.

Malware continues to be a minimal threat to most Mac users, but that doesn’t mean attackers aren’t constantly trying to come up with new ways to steal information or turn users’ machines into botnet drones. The latter appears to be the case with a new Mac trojan posing as a PDF file, discovered by security researchers at F-Secure.

via Mac trojan poses as PDF to open botnet backdoor.