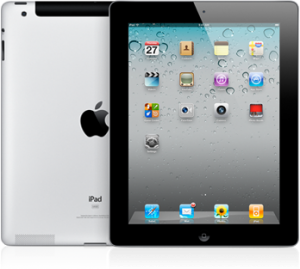 Two sources claim the iPad mini — as it may or may not be called — will have a 7.85-inch screen with a lower resolution than the current iPad model.

Apple has now identified eight of Samsung’s devices that it wants to have banned from sale in the US following its patent victory last week. But while the jury in Apple’s court case against Samsung said Samsung had willfully infringed in most cases, Apple has apparently focused its attention on devices that are mostly unavailable in the US already.

Apple’s list of devices it wants to ban, published on Monday afternoon, is as follows:

MORE: Ban this: Apple lists 8 Samsung devices it wants kept out of the US | Ars Technica.

Apple has removed any reference to Safari for Windows from its website, and is more or less acting like it never happened.

Safari for Windows made its way onto millions of PC’s using the iTunes auto update system, and you’d be hard pressed to find a single fan among those they duped into downloading it. As a WebKit equipped browser it wasn’t the worst option for Windows users at the time, but it also didn’t offer any distinct advantages. Today Safari 5 users on Windows are stuck using an outdated browser, and naturally, aren’t warned that they are vulnerable to at least 121 unpatched flaws. According to Apple’s own documentation these flaws can expose users to attack by malicious code execution, and are quite serious in nature.

MORE:  Maximum PC | Safari For Windows is Abandoned By Apple, Leaving Users Vulnerable With No Warning.

Apple plans to build a massive fuel cell facility in North Carolina to accompany the data center that powers iCloud. The company revealed its plans as part of a filing with the North Carolina Utilities Commission and was first reported by the Greensboro News & Observer, which noted over the weekend that the project will be the “national’s largest such project not built by an electric utility company.”

The fuel cell project will be built in Maiden, NC, near the company’s existing data center and in the same complex as Apple’s 171-acre solar farm. “[Apple’s] facility will consist of 24 fuel cell modules. It will extract hydrogen from natural gas supplied by Piedmont Natural Gas,” wrote the News & Observer. 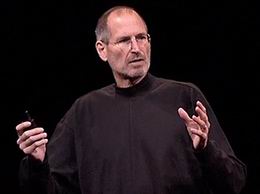 Steve Jobs, co-founder and two-time CEO of Apple, offered his resignation to the company’s board Wednesday.

“I have always said if there ever came a day when I could no longer meet my duties and expectations as Apple’s CEO, I would be the first to let you know,” he wrote. “Unfortunately, that day has come.”

via Steve Jobs Resigns as CEO of Apple.